Say welcome to BimlExpress - the newest, shiniest and completely free Biml toy! 🥳 I first mentioned this at SQLSaturday Vienna 2016 and have been waiting for the official release since then. I’m very happy that I can now send you all over to Varigence’s website to download the Visual Studio Extension!

BimlExpress is a free Visual Studio add-in for working with Biml in your SSIS projects. You can add and edit Biml files, and generate SSIS packages from Biml. The code editor has syntax coloring, error highlighting, Intellisense and a preview pane.

Which versions of Visual Studio does BimlExpress work with?

In April 2015 I set a goal to become a Certified Expert in Biml. On February 1st, 2016, I became the second BimlHero in the world - the first woman and the first in Europe 🤓 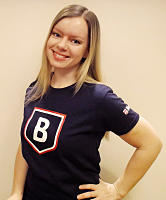 It has been a long journey, and I have loved every part of it! Varigence announced the certification program in March 2015, and in April I decided to go for it. I was accepted into the program, and in June I attended 8 hours of advanced training. I spent the next six months working on my Biml solution. I was unable to work full-time on it due to other tasks and responsibilities at work, so I spent quite a lot of time on it at home as well. In November I completed the BimlHero Certified Expert Test, and in December I submitted my Biml solution and my case study of how I implemented the solution at work. In January Varigence reviewed my test, solution and case study, and in February I had the final code review with Scott Currie. It was very nerve-wracking having the creator of Biml go through my code! 😅 But I received lots of useful feedback and finally a congratulations on passing and becoming a BimlHero.

In addition to using C#/VB Code Files, there are four other main ways you can avoid repeating your Biml code:

In this post, we will look at how to use C#/VB Code Files.

Are you using Biml so you won’t have to do the same tasks over and over and over again in multiple SSIS packages? If so, you probably don’t want to write the same Biml code over and over and over again either. Instead, you can move common code to separate files, centralize and reuse these files in many projects, and update code in one file to make changes to all projects. One of the ways to apply this Don’t Repeat Yourself software engineering principle in Biml is to use Include Files.

In addition to using Include Files, there are four other main ways you can avoid repeating your Biml code:

In this post we will look at how to use Include Files.

(Want to know why? Read Scott Currie’s explanation in my blog post Why can’t I create SSIS Project Parameters from Biml?)

Let’s take a look at a (semi-hardcoded, semi-hack) solution for creating SSIS project parameters from Biml in BIDS Helper / BimlExpress 🤓